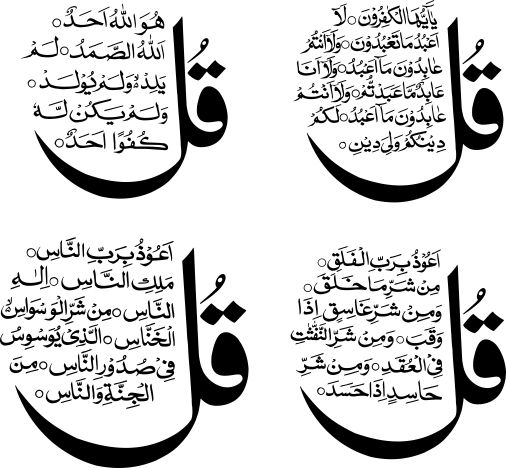 “Say: He is Allah,(the) One, Allahus-Samad ( The Self-Sufficient Master, Whom all creatures need, He neither eats nor drinks ). He begets not, nor was He begotten; And there is none co-equal or comparable unto Him.”

“Say: I seek refuge with (Allah ) the lord of mankind, The King of mankind, The Ilah ( God ) of mankind, From the evil of the whisperer ( devil who whispers evil in the hearts of men) , who withdraws ( from his whispering in one’s heart after one remembers Allah ), Who whispers in the breasts of mankind , Of jinns and men.”